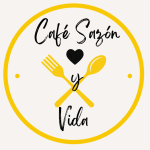 Lola is a Food and Travel Photographer that has a passion for sharing her experiences with the world and food
through her love of photography. She was born and raised in Puerto Rico, spent the majority of
her adult life in Texas, but recently she relocated to the PNW. She is a mother of two children, and is
married to a member of the Armed Forces. When she is not on the road trying the local eateries,
she is at home creating recipes, reading a good book, or indulging in true crime shows.